The American Legion Centennial Celebration is not only about honoring the past 100 years of our history, but also preparing to continue our legacy of service. Events and activities at posts all around the world will showcase The American Legion "Still Serving America."

Programs of the American Legion

American Legion Boys State is among the most respected and

high school students. It is a participatory program where each student becomes a part of the operation of his local, county, and state government.  Boys State has been a program of The American Legion since 1935, when it organized to counter the fascist-inspired Young Pioneer Camps. The program was the idea of two Illinois Legionnaires, Hayes Kennedy and Harold Card, who organized the first Boys State at the Illinois State Fairgrounds in Springfield.

The American Legion and American Legion Auxiliary began
Girls State as an effort over five decades ago to devise a means to educate our youth in the duties, privileges and responsibilities of American citizenship. The Girls State program in Texas has been one of constant improvement and growth. The number of participants has grown from 94 to over 500.

For local Dripping Springs participation information, in either program, reach out to us on our Contact Us page.

The American Legion  was chartered and incorporated by Congress in 1919 as a patriotic veterans organization devoted to mutual helpfulness. It is the nation’s largest veterans service organization, committed to mentoring and sponsorship of youth programs in our communities, advocating patriotism and honor, promoting a strong national security, and continued devotion to our fellow service members and veterans.

This site is dedicated to providing information and resources to those seeking information regarding the American Legion, and Post activities in the Dripping Springs, TX area.  Check our news and announcements blog and calendar for the latest notices.   Follow us on Facebook and Twitter.

The American Legion Post 290 is a member of District 10 Department of Texas. 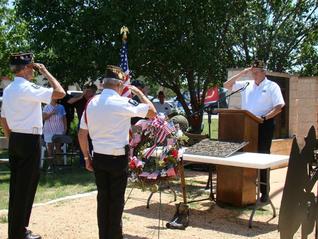 "Let us not seek the Republican answer or the Democratic answer, but the right answer."

If you are currently on active duty, serving the United States honorably, anywhere in the world, or have served honorably during any of the following eligible war eras, we invite you to become a member of The American Legion.